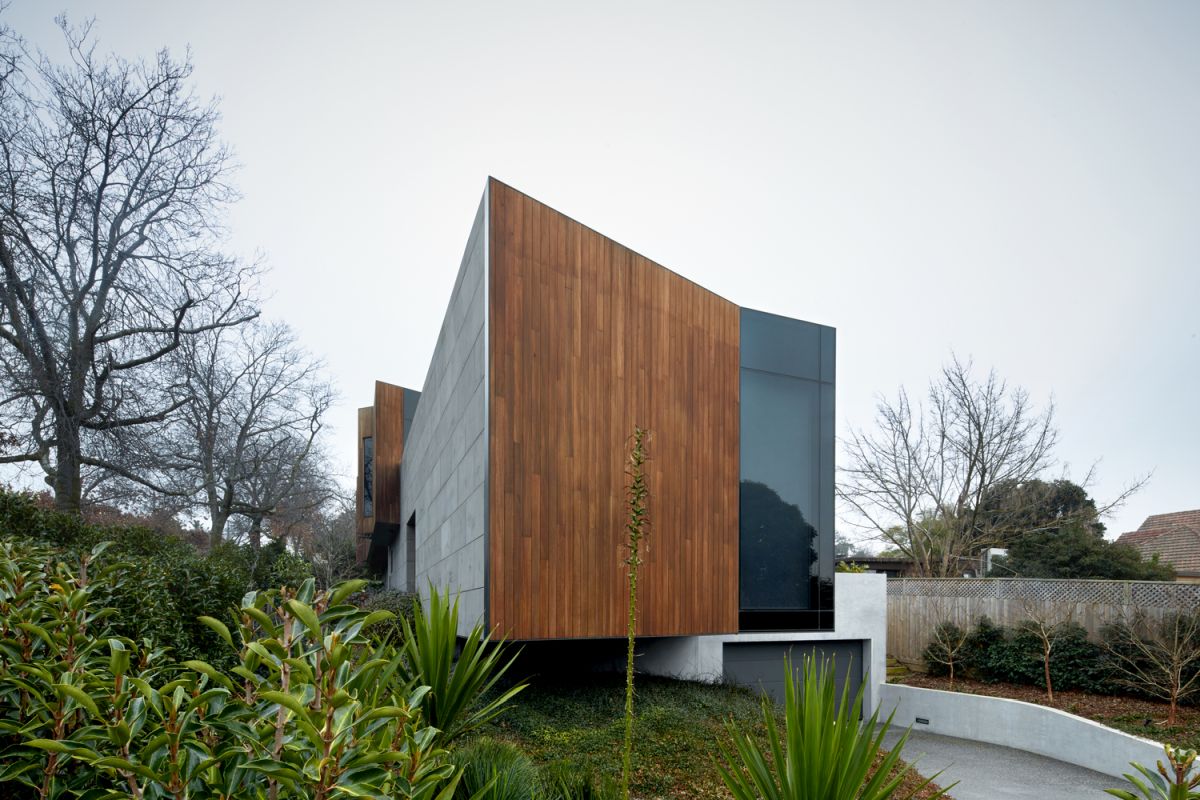 Balwyn, located in Australia is a quiet and beautiful place with an eclectic combination of houses which don’t follow a singular architectural style but rather each have their own character and are inspired by different periods and different concepts. Here, architecture studio K2Ld built a modern multi-generational home in 2015. The house takes advantage of its location, being designed to capture distant views from the side of the hill and establishing a close connection with its immediate surroundings and in particular with the trees lining the streets.

The stone-clad basement grounds the house in a simple and familiar manner while the windows and the skylights let in lots of natural light. The facade suggests a very private home, with narrow windows and screens which let in enough light and frame the beautiful views without giving away the stylish and inviting interior design. At the center of the house stands a large green stone columns which runs through all the levels, with an elegant floating staircase spiraling around it. It’s a structural feature which makes a statement and captures the essence of the relationship between nature and architecture in a vivid yet subtle manner. 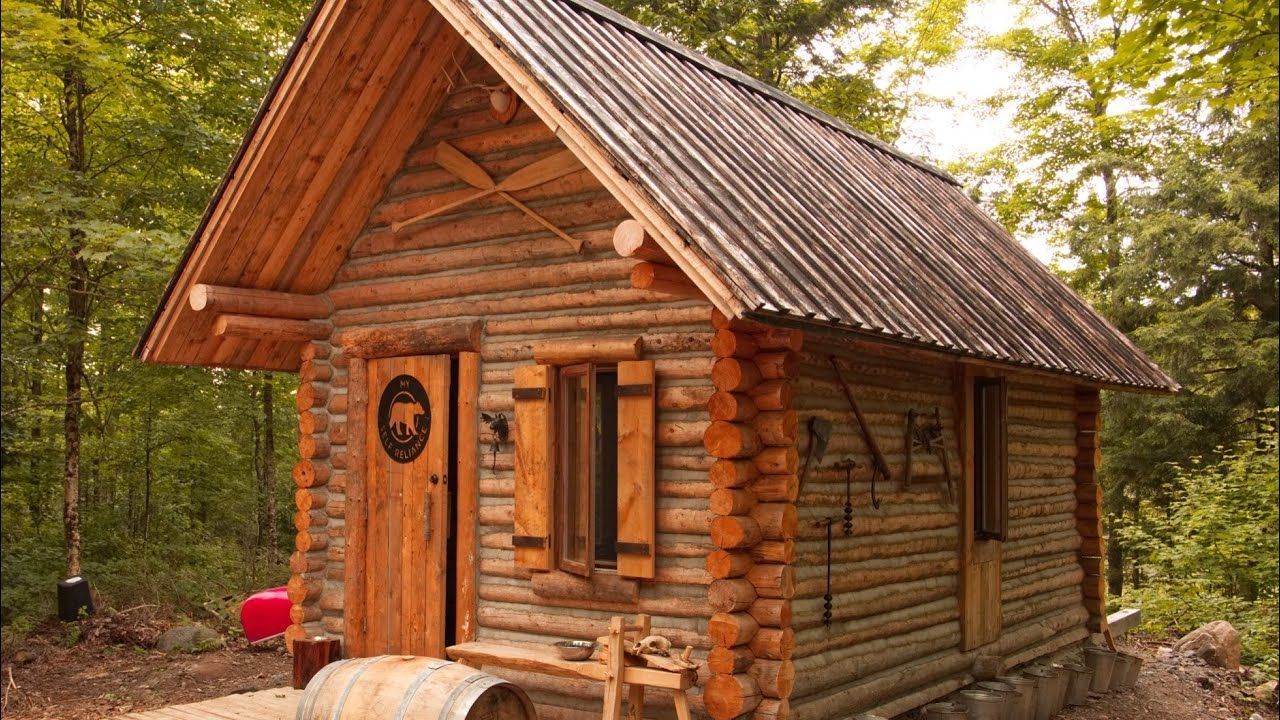 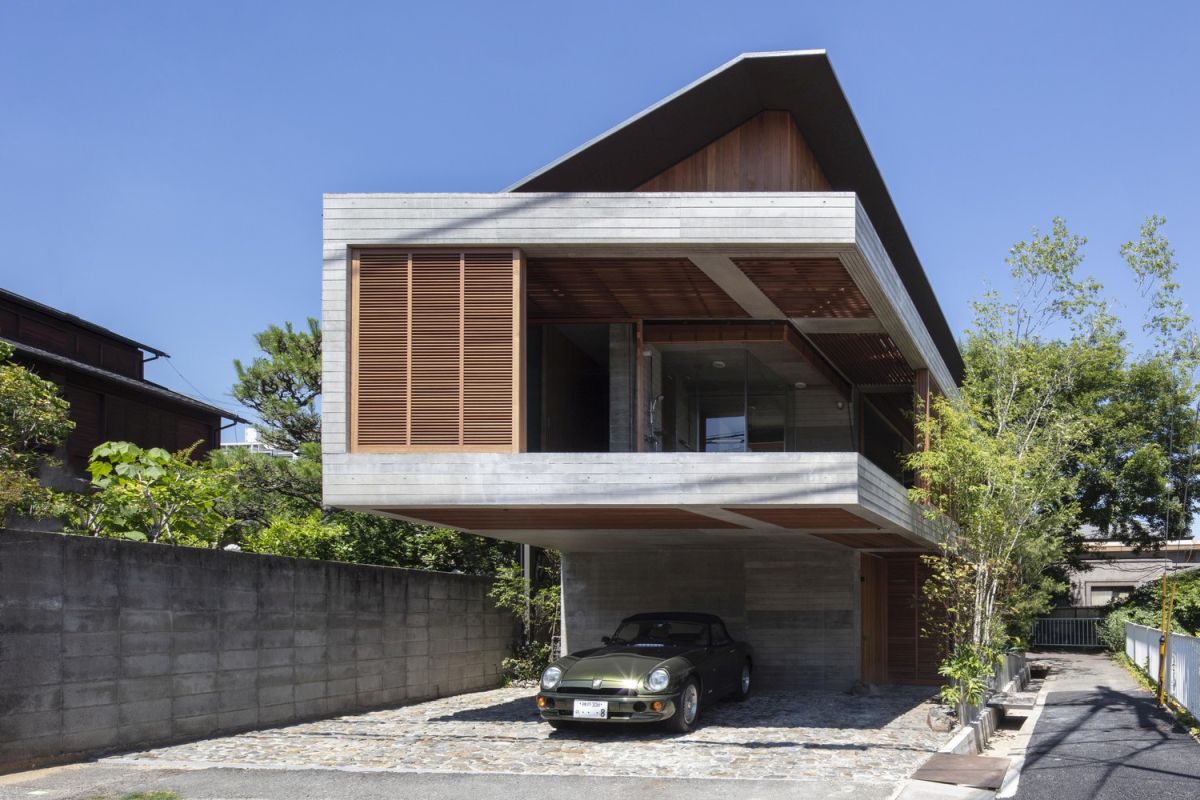 Rundown Apartment from 1914 Renovated to Showcase its Rich Textural Beauty

A Trio Of Vacation Houses Built With Prefab Metal Panels

Home Indulgence: Luxury Bathroom Features to Turn Your Home into a Spa 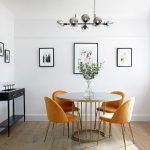